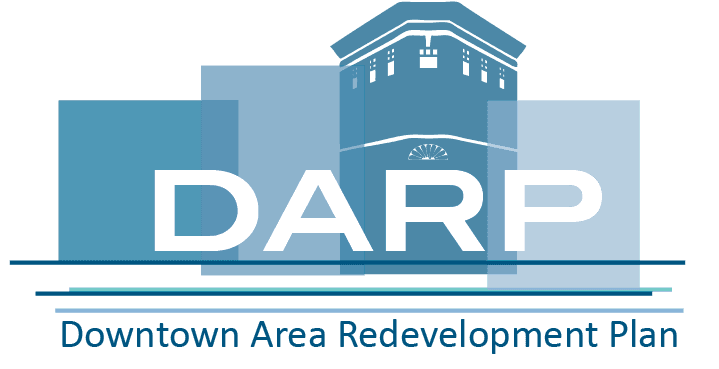 The Lacombe Downtown Area Redevelopment Plan (DARP) guides land use and development decisions within the downtown boundary. In response to the steady growth and redevelopment pressure facing the downtown, the City initiated the preparation of a new DARP in 2011, which was adopted in 2013.

DARP is the result of working with those most affected by the plan - more specifically, residents and business owners in Lacombe, especially those in the DARP area.

The boundaries of DARP are:

DARP addresses the community’s vision for future growth and development in the downtown, outlining clear guidance to City staff and citizens about the requirements for new development and projects and has been used as a tool in many development projects over the last seven years, including:

The City is seeking input to prioritize the actions currently outlined in the DARP to help direct investment of $1.7 million over 10 years for downtown projects. To get this input, the City is undertaking a public consultation similar to that in 2011 when DARP was initially drafted. We want to hear from you! Over the next few months, please share your thoughts and ideas about how you would like to see Lacombe’s downtown grow and flourish!

The 2013 Lacombe DARP outlines guiding principles for future growth and development in downtown Lacombe. The principles that follow are based on those currently outlined in the DARP 2013 document, but are paraphrased for ease of reference.